SIGNIFICANT PEOPLE FROM OUR PAST 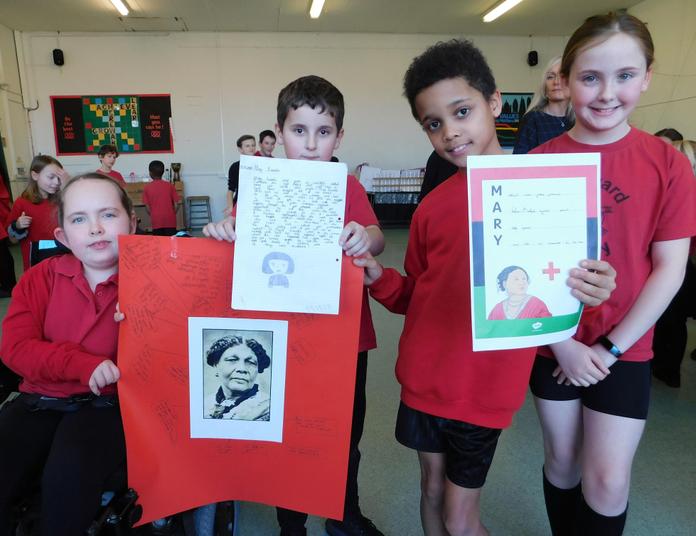 Children at Hereward Primary School celebrated History Week last week when they focused on a variety of significant figures who have had an impact on our British Values; respect, tolerance, mutual respect, the rule of the law and individual liberty.

These are values that the school embeds in all its lessons.

Nadine King, the school's history co-ordinator, said: "It was rewarding to see the children identify how we can learn from both the achievements and mistakes from important people from the past."

The week ended with the 'Hereward Exhibition' where the children showcased their work to the rest of the school.
Miss King added: "It was fantastic to see the effort and enthusiasm that had gone into each piece of work and the children were proud of their work.