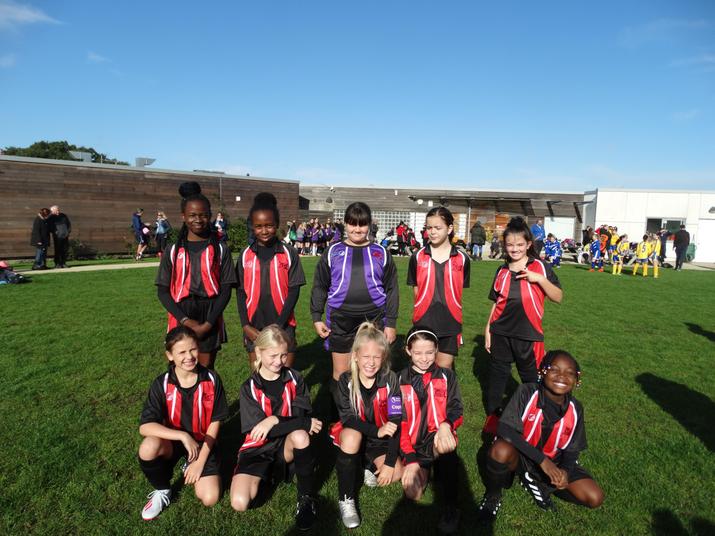 Both the Hereward girls' and boy's football teams were successful at the Chigwell School Tournament recently.

The girls managed to win their pool, going undefeated in four games. Impressively, they managed to score 22 goals and concede none! As a result, they advanced to the semi-final, where they lost 1-0 to St John's Buckhurst Hill.

The boys' team had a strong defence as well, only conceding one goal in their pool. Unfortunately, they did not advance to the knockout stages of the competition despite remaining undefeated as they missed out on goal difference.

Both Mr Allen and Miss Knezic were extremely proud of both teams' accomplishments and as always, of the way all of the Hereward pupils conducted themselves throughout the day.